On Wednesday, August 14, 2019, in the lobby of the Cor Van Raay YMCA at ATB Centre, Cavendish Farms gave the YMCA of Lethbridge a monumental $100,000 donation.

Robert K. Irving, President of Cavendish Farms, was on hand for the cheque presentation ceremony. During a tour of the facility, Mr. Irving was asked why the YMCA donation was important to Cavendish Farms. “We believe in supporting the communities where we live and work. The YMCA of Lethbridge is a natural fit for our organization because it brings recreation, health, and wellness to so many families in Lethbridge and southern Alberta.” As recognition for the gift, Cavendish Farms will be the naming sponsor for the new Cavendish Farms Community Galleria.

YMCA of Lethbridge CEO Jennifer Petracek-Kolb explained why these dollars are so important. “The Cavendish Farms Community Galleria is the heart of this amazing facility, and this gift will serve as the foundation for many new programs to be offered in the years to come.”

Cavendish Farms is a family-owned company that produces quality frozen potato and appetizer products for the North American and international food industry, supplying customers in the retail, and restaurant sectors. They operate four potato processing plants – one in Lethbridge, Alberta, two on Prince Edward Island, and one in Jamestown, North Dakota and a plant specializing in appetizer products in Wheatley, Ontario. Cavendish Farms is part of the J.D. Irving Group of Companies. 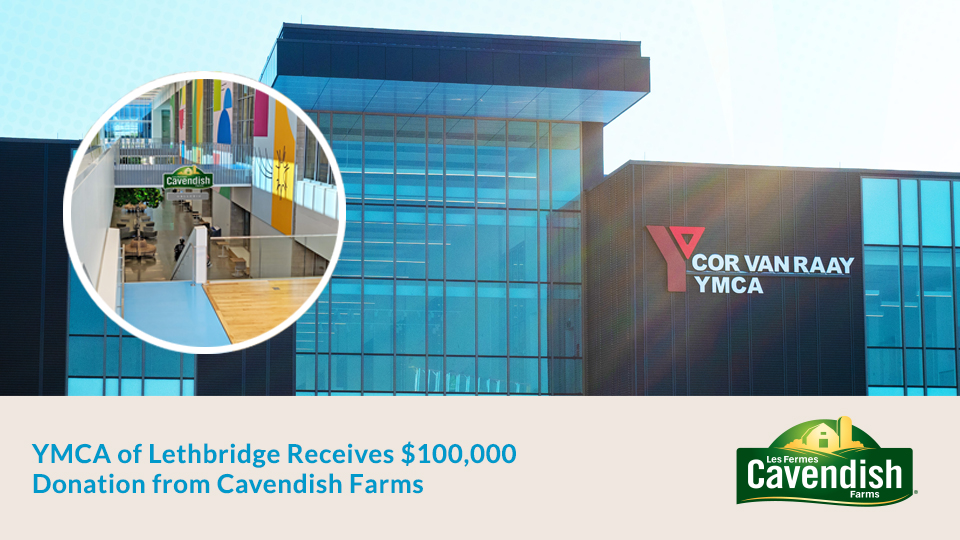