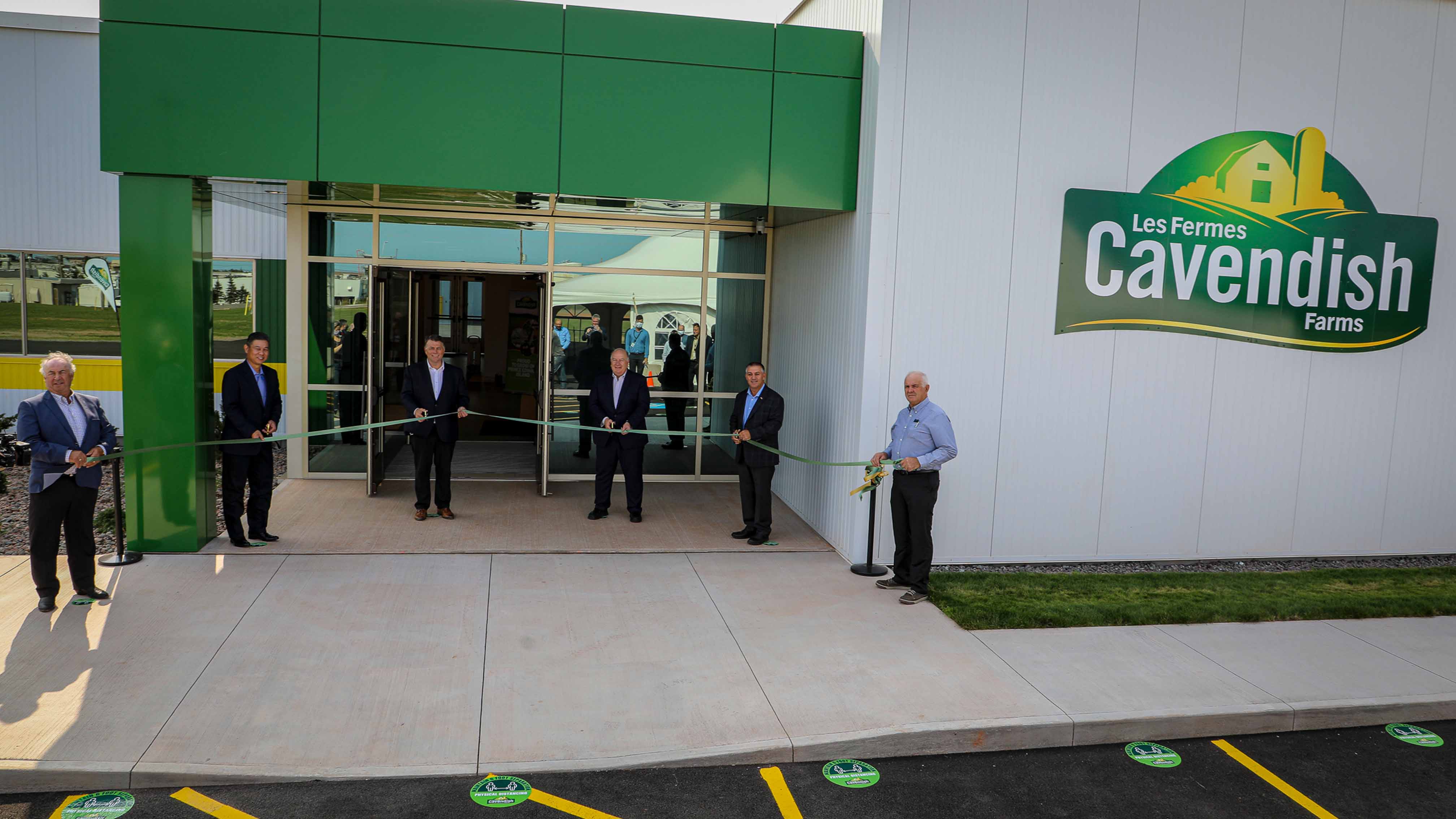 The $12.5 million facility, which is fully funded by Cavendish Farms, is an investment in the sustainability of PEI’s all-important potato industry.

“This is another step to help support potato growers and the potato industry on the Island,” said Robert K. Irving, President of Cavendish Farms. “Our goal is to help address the specific challenges faced by growers here on Prince Edward Island.”

The new research facility will have 6 state-of-the-art greenhouses and will allow Cavendish Farms to conduct important research year-round. Different lines of potatoes with promising traits such as superior yields, size characteristics, and a reduced environmental footprint specific to soil, climatic and seasonal conditions on PEI will be evaluated.

“Island farmers and producers have always been at the forefront of innovation and research, developing new practices to ensure they can continue to grow high-quality products that Prince Edward Island is known for. I commend Cavendish Farms for not only working with Island farmers towards a common goal, but for also taking on a project that brings jobs to the agriculture industry and contributes to the Island economy,” said Premier of Prince Edward Island, Dennis King.

As witnessed over the last several summers, the growing season is changing with hotter temperatures and less precipitation at critical times. This is a real challenge for PEI growers and places the potato crops at risk. The Cavendish Farms Research Centre will study different potato varieties. The Plant Breeding Program will cross various combinations to breed and select a variety that is suitable to the challenging conditions currently faced on PEI.

“Cavendish Farms’ investment in this important research will benefit all potato growers and the entire industry. It will help ensure the sustainability of our potato crops,” said Greg Donald, General Manager of the Prince Edward Island Potato Board.

The Cavendish Farms Research Centre created 4 full-time and up to 12 seasonal jobs.